Alongside the Premier League and EFL, The FA are asking clubs across the Women’s football pyramid, National Football League and grassroots game to join the ‘social media switch off’ over the weekend of 30 April – 3 May 2021. Recognising a unified approach will deliver much greater impact and reinforce the collective fight against discrimination in all its forms.

Aylsham FC will stand together with English football by turning off all social media channels during this period and redirect club members, players and parents to other club and FA platforms. 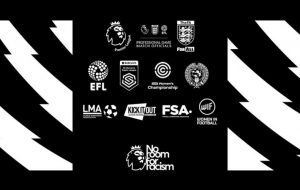