Aylsham FC will have a new first team manager next season when their Anglian Combination campaign kicks off in August.

Lee Collier will take over the reigns from Brian Clark who has stepped down after two years at the helm.

Clark has guided the team close to promotion over the past two seasons and is stepping aside due to time commitments. He said: “I’ve loved being back in the dugout and I will still be involved with the club on the committee. I wish Lee all the best”.

Collier who has been involved with the club for many years will be promoted from his role as reserve team manager, a position he has had success with. He said: “I’m delighted to be given this new role at the club. I have enjoyed my time as reserve team manager where we have been able to bridge the gap between the reserve and first team. Many of our reserve team players have made the step up to the higher level. I can’t wait to get going with pre-season”

His new coaching team will be announced next week. 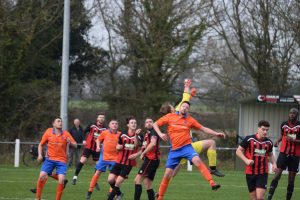 Aylsham first team took their promotion challenge to the final few games of the season before narrowly missing out.